We all know that Yu-Gi-Oh is a competitive community which is going more and more strong. The players of this official card game are using decks that are made by others or have their creations. It is a very powerful game which is based on the fictional game of Duel Monsters that is created by Manga artist. It also features various anime adaptations and spinoff series.

Yu-Gi-Oh is undoubtedly the top card trading game. So to be unique in this card trading game here I am featuring the top 10 Yu-Gi-Oh decks available for you to be more powerful in game series.

What are the Best YuGiOh Decks?

The decks are nothing but a card game that uses building of decks which is the main focus of this gameplay. It is almost similar to collectible card games where each player has their own deck. Here the majority of decks are made up during the game only instead before the game. The cards used here are the currency that let you buy more cards so as to add their decks.

In this official Yu-Gi-Oh top deck trading game the players draw the cards from their respective decks and then take their turn by playing cards in the field. Each player uses a deck that contains 40 to 60 cards along with Extra deck of 15 cards. Another optional side deck of 15 cards allows the players to swap between the main and extra deck in the game. Players are restricted to three of each card per deck, and each player starts with 8,000 “Life Points” with the aim to use attacks and spells to reduce the Life Points of opponent.

The first of top 10 best YuGiOh decks is Zoodiac that has dominated the scene and is super powerful of all. It is known as Twelve Beasts and is an archetype of 4th level that made its debut in Raging Tempest.

This “Zoodiac” Monsters deck is based on the Twelve Animals of the Chinese Zodiac where each monster is slightly anthropomorphized version of their respective animal.  This deck possesses effects that allow Beast-Warrior-Type Xyz Monsters gaining effects ranging from Spell/Trap negation to piercing damage.

Another one of the most used Yu-Gi-Oh deck is Kaiju which is an archetype of high-Levelmonsters introduced in Clash of Rebellions with different attributes and types. This strange beast monster from kaiju franchise includes Godzilla, Ultraman, Pacific Rim, and Gamera.

This monster’ effects and searches for those monsters from the Deck that summons it to their side of the field. Another useful card to add to this archetype is “Neo-Spacian Grand Mole” in which if a monster your opponent controls is owned by you is returned to your hand, not your opponent’s.

Metalfoes is an archetype of FIRE Psychic-Typemonsters that debuted in The Dark Illusion and is based on the anime Megazone 23 and Genesis Climber MOSPEADA. This another Yu-Gi-Oh Deck monster comprises of Normal Pendulum Monsters that have Pendulum Effect to destroy one of the player’s own cards setting a Spell or Trap Card from the Deck simultaneously. The effect of Metalfoes Orichalc gives the monsters double piercing damage allowing them to benefit from cards that force the opponent monsters into Defense Position.

Rise of the True Dragons Deck is yet another Yu-Gi-Oh top Structure Deck in the trading game.  It is the thirty-third Deck in this series that follows the Emperor of Darkness Structure Deck.  This deck includes new high-Level Dragons that banish the opposition’s cards when summoned and earn more attack points for each card they banish.

The real gem of Rise of the True Dragons Structure Deck is its latest Spell Card that summons any Level 7 or 8 Dragon directly from the Graveyard and can even be used afterward to protect your dragon.

This is yet another epic Yu-Gi-Oh top deck monster whose summoning rules are very specific and the powerful effects make up for it. The level 3 monster is Infernoid Harmadik that is capable of targeting and destroying one monster on the first, and the cost of this is the only attack. The second effect is even more dangerous and requires a tribute which if used accurately makes it one of the best Yu-Gi-Oh deck in the world.

Paleozoic is a structure Yu-Gi-Oh top deck of level 2 Water Aqua-Type Normal Pseudo-Trap Monsters. It is based on animals from the Cambrian Period. The archetype is mainly composed of Normal Trap Cards where each one has its particular effect. They have

They have common capacity of special summoning themselves from the Graveyard as a Level 2. Anomalocaris, main card helps to maintain hand advantage by excavating the Deck. This adds an excavated Trap Card that triggers when sent from the Spell/Trap Zone to the Graveyard.

The deck itself with an amazing synergy with the Frog engine is available at price of- $405.07

It is powerful and a top YuGiOh deck that has redefined making it look completely badass that will destroy all your opponents at one time. You get two effects with this deck that can be used only one per turn. With Burning Abyss monster on your side of the field, the opponent can use cards like Creature Swap to destroy all of yours. These monsters are brilliant when it comes to

These monsters are brilliant when it comes to summoning of 1 XYZ monster. At a time you can also summon 2 monsters and XYZ them. On the other hand, if you get Virgi and Dante on the field it will be really difficult to defeat.

This Yu-Gi-Oh Zombie deck comes in various combinations. One that focuses on swarming the field while other focuses on milling. The Zombie Burn Deck can be played different combinations like Zombie Mammoth with Vengeful Servant. Others include creature Swap that are effective ways to create massive amounts of damage.

Another Zombie Burn strategy involves inflicting damage where Burning Skull Head is special summoned. This is done with the effect of Skull Flame and Skull Conductor when coupled with Ever living Underworld Cannon. This causes additional damage.

Invoked is another top Yu-Gi-Oh deck that consists of Fusion Monsters who summon through magic powers by sorcerers.

The main goal of this deck is to perform fusion summons of the relying on Aleister. Fusion monsters are also very versatile that affect the and also negating the cards’ effects by attacking multiple times.

Mermail is an archetype of WATER Aqua Fish, and Sea Serpent monsters that are based on mermaids.  They are outfitted with armor hence is named as Mermail that contains many levels. Level 3 monsters are female Aqua-Types, Level 4 are mail Fish-Types whereas Level 7 Mermail monsters are  Sea Serpent. All mermail monsters show the same effect when sent to the Graveyard. They also special summon another mermail to swarm the field. The Level 4 monsters can activate their effects when they are Normal or Special Summoned. But the condition is only by discarding a water monster.

This, in turn, will trigger the effect of opposition monster. The Level 4 monsters help to either search the Deck or Graveyard.

Well, these were the best and the top 10 best YuGiOh decks. They are powerful enough and will let you build the decks. These decks are expensive but yet awesome justifying the price rate. 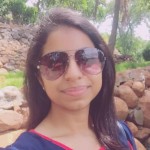 Lakshya is a content writer who writes about technology related issue. She is currently pursuing M.Sc. in Biotechnology.